Eddie attended The Rock Church, was a Financial Advisor, a former teacher at South Webster and Huntington Ross High Schools. He was also a former Administrator at South Point and Portsmouth High Schools.

He enjoyed playing golf, coaching, watching the Bengals and most of all going to his childrens’ sporting events.

Eddie was preceded in death by his father-in-law Larry Cayton; his Nana Fern Wheeler; and two great aunts Hazel Berkley and Lucille Curnette. 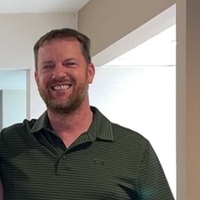