Along with his parents he was preceded in death by his wife Catherine “Jean” Hall Davis whom he married on July 24, 1948 in Greenup, Kentucky, 2 brothers: Paul and Harold Davis, 2 sisters: Louise Fisher and Pauline Pence.

Donald was the owner and operator of Don’s Home Improvement for over 50 years. He retired after his last roof job at the age of 89 years old. He was a member of Temple Baptist Church. His life was his family. He loved spending time with his grandchildren.

Funeral services will be 1:00 PM Thursday, February 10, 2022 at the Roger W. Davis Funeral Home in West Portsmouth with Kelly Blevins and Chris Davis officiating and interment in Sunset Memorial Gardens. Friends may call at the funeral home starting at 12:00 PM. The family requests that donations be made to SOMC Hospice in Donald’s name. Condolences may be sent to www.rogerwdavisfuneralhome.com. 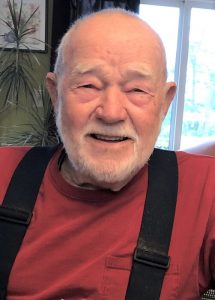