Charles Raymond Cooper, 75, of Wheelersburg, Ohio entered into Heavens Gates on February 2, 2022 at SOMC Hospice Center in Portsmouth, Ohio after a brief illness. He was born May 18, 1946 in Lawrence County, Kentucky a son of Willie and Hannah Moore Cooper.

He was preceded in death by his parents, Willie and Hannah Cooper, three brothers Norman, Cratis and Wilbur; three sisters Anna Kleve, Thelma Cooper and Shirley Osborne and a grandson, Kaleb Hale.

Graveside services for family and friends will be 1:00 PM Monday February 7, 2022 at Sunset Memorial Gardens in Franklin Furnace with family and friends as Pall Bearers. Arrangements are being handled by the D.W. SWICK FUNERL HOME (Wolfe-Nelson Chapel) in Sciotoville.

In lieu of flowers donations may be made in his name to SOMC Hospice Center 2501 25th St., Portsmouth, OH 45662.
Online condolences may be made to DWSwickFuneralHome.com. 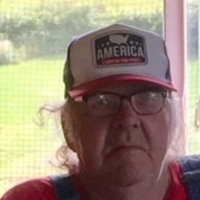