In addition to her parents and husband, Beatrice was preceded in death by her daughter-in-law, Kristi Rhoads, two brothers, Charles Smith and Randal Smith Jr. and two sisters, Jean Elliott and Dorthea Huffman.

Beatrice was co-owner of Rhoads Meat Market with her husband Dan, she retired from Mills Pride but her favorite title was Mom.

Funeral services will be 1:00 p.m. on Wednesday, February 9, 2022 at Botkin Hornback Funeral Home with her sons, Jeff Rhoads and Mike Rhoads officiating.  Burial will follow in Evergreen Union Cemetery on Bridge Street in Waverly, Ohio.  Family will receive friends on Wednesday from 11:00 a.m. until the service time at 1:00 p.m. 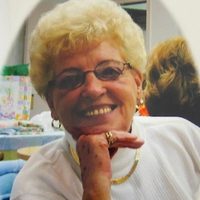