Carol was born November 8, 1944 in Portsmouth, a daughter of the late James D. Truman and Ethel (Loop) Truman.

In addition to her parents, she is preceded in death by  daughter, Barbara Joann Perry,  granddaughter, Barbie Annette Pickelsimer,  grandson, Michael Anthony Perry, one great-grandson Emmett Sanford, and four brothers; Curtis, Ronnie, and Gary Truman, all of Portsmouth, and Bob Truman, of North Carolina, and one sister, Crystal Truman, of Portsmouth.

Funeral Services will be 11:00 AM Tuesday, February 1, 2022 at Melcher Hammer Funeral Home in Portsmouth.  Burial will follow at Greenlawn Cemetery in Portsmouth. A visitation for friends and family will be from 4:00 PM to 6:00 PM, Monday, January 31, 2022 at the funeral home. 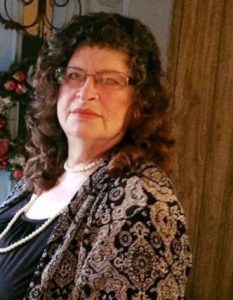