Steven Earl Conley, 61, of Piketon, Ohio passed away Sunday, January 23, 2022 at his home.  He was born February 9, 1960 in Columbus, Ohio to the late Luther Ardith Conley and Lilly Mae Martin Howard.  Surviving are a son, Steven (Kayla) Conley II of Piketon; a daughter, Taneka Conley of Portsmouth; brothers, Ardith Conley of Gallatin, Tennessee, Darryl Conley of Columbus, Ohio and Bill Howard of Rockwood, Tennessee; grandchildren, Steven, Hannah, Dustin, Maverick, Mariah and Breanna Conley, Alexis Fooce and one on the way; and many nieces and nephews. In addition to his parents he was preceded in death by a brother, Ricky Conley; niece, Lisa Howard; and the mother of his children, Elizabeth White Conley.

Arrangements are currently pending.  The family asks in lieu of flowers donations be made to the funeral home to help with funeral expenses.

Funeral services are in care of Botkin Hornback Funeral Home in Waverly. 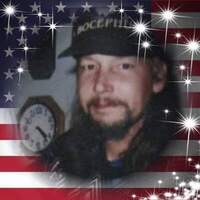