He was born September 10, 1946, in Portsmouth, a son of the late Dennis and Hazel Dawn Hodges Blankenship.

Phillip was a US Air Force veteran, retired Norfolk and Southern Railroad Conductor/Engineer and a former EMT with Scioto Squad #2 and Nile Squad #1. He was an avid Muskie Fisherman holding a World Record Catch and Release. He was also a car show enthusiast, a member of Friends of Scioto Brush Creek, and a 1965 Portsmouth High School graduate.

He is survived by two daughters, Cindi (Sam) Nickles and Kari (Andy) Christman both of McDermott; four grandchildren, Landen, Lynzee, Nathan, and Kendyl; two brothers, Kenneth (Toni) Blankenship of Hillsboro and Randall (Brenda) Blankenship of West Portsmouth; as well as many nieces, nephews, and cousins.

Graveside services will be conducted 1:45 p.m. Wednesday, January 26, 2022, in Scioto Burial Park with Chris Urbach officiating. Military rites will be performed by the William Baker and James F. Irwin Posts of the American Legion. Friends may call from 11:30 to 1 p.m. Wednesday at the McKinley Funeral Home in Lucasville. All Show Cars are welcome to participate in the funeral procession to the cemetery. 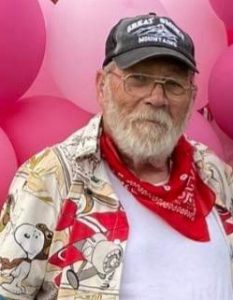