Philip Eugene Guido, Jr., 32, of Wheelersburg went to be with the Lord on Tuesday, January 18, 2022. Philip was born in Ft. Lauderdale, Florida to Philip Guido, Sr. and Leda Guido (Parker) on April 20, 1989. He was a hardworking Salesman for Residential Programs, Inc. His proudest accomplishment was being an involved and loving father to his three beautiful children. He loved the outdoors, fishing, animals and the Miami Dolphins. Philip was very competitive and enjoyed excelling in sports. His drive was contagious and he wanted everyone to prosper. He was a proud and heavily involved member of the HOUSE Ministries. He had the kindest heart and was always motivated to help others through the ministry. Many will remember his joyous voice when singing for the Lord and encouraging his children to always do the same. Philip was a compassionate spouse, father, brother, uncle, cousin and friend to all. He was a devoted Christian and made a point to speak to anyone who could hear about God’s forgiveness and unconditional love. His faith and love in Christ was admirable. Philip was preceded in death by his father, Philip Guido, Sr. He is survived by his loving wife, Courtney, two daughters, Baylee and Kenslie and one son, Philip “Xander”, one brother, John (Hollie) and his mother, Leda.

The memorial will be held at Cornerstone Nazarene Church in Wheelersburg on Tuesday, January 25, 2022 from 5:00 -7:00 pm with services starting at 7:00 pm. Harrison-Pyles Funeral Home in Wheelersburg has been entrusted with the arrangements. Condolences to the family may be made at www.harrison-pyles.com. 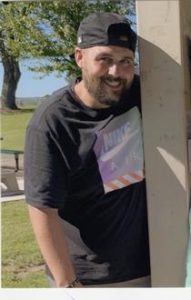