Lester Brafford, 90 of Minford went to be with the Lord on Friday, January 21, 2022 at SOMC Hospice. Lester was born November 30, 1931, in Minford, a son of the late James and Berta “Bertie” Hall Brafford. He was a Minford High School graduate of 1950, a retired process operator at the Portsmouth Gaseous Diffusion Plant and was a US Army Veteran.

Lester loved and participated in many sports. In his younger years, he was very athletic and enjoyed playing basketball, baseball and bowling. Later he took up golfing and was an avid golfer most of his life and could be found on a golf course several times a week. He was known for his quick wit, orneriness and loved to tease and give everyone a hard time, especially his grandsons and his favorite son-in-law, Keith. For the last twenty years, he has been a devoted caregiver to his loving wife whom he married in 1954.

He is survived by his wife of 67 years, Shirley K. Schuler Brafford; a daughter, Kristi (Keith) Wiehle, and three grandsons, Joshua Wiehle, Samuel Wiehle, and Zebadiah Wiehle along with several special nieces and nephews. In addition to his parents, he was preceded in death by three sisters, Pauline, Ruby and Mary Katherine, and two brothers, Johnny and Buster Brafford.

Graveside services will be conducted at 2:00 p.m. Monday, January 24, 2022 at Rosemount Cemetery with Pastor Calvin Ray Evans officiating. Arrangements are under the direction of Erwin-Dodson-Allen Funeral Home in Minford. Online condolences may be sent to www.edafh.com. In lieu of flowers, donations should be made to SOMC Hospice, 2201 25th Street, Portsmouth, Ohio 45662. 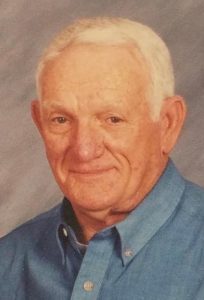