Jackson (Jack) Lee Patton, 94, of Sciotoville, passed away Thursday, January 20, 2022 at SOMC HOSPICE CENTER in Portsmouth.  Jack was born, September 21, 1927 in New Boston to the late Farris and Grace (McGowan) Patton.  He was 1946 Graduate of Glenwood High School.  After graduating high school Jack joined the US NAVY as a diesel mechanic and served during World War II.  After the military Jack worked as a mechanic for several garages in Portsmouth and finally retired as a mechanic at the Good Year Atomic Plant in Piketon. Jack enjoyed woodwork and was considered a “Jack of all trades”.  He served as the minister at Ohio Avenue Christian Church for sixteen years.

Jack is survived by a son, Daniel Patton and wife Nellie of West Portsmouth; a daughter, Debra Woodard and husband Jeffrey of Lucasville; four grandchildren; ten great-grandchildren and six great-great- grandchildren. Jack was also preceded in death by his wife of 71 years Wanda (Lutz) Patton whom he married December 27, 1946.

A funeral service will be held Tuesday, January 25, 2022 at 11:00 AM at D.W. SWICK FUNERAL HOME in New Boston with James Osborne officiating.  Interment will follow at Scioto Burial Park in McDermott  with military grave side honors provided by the James Dickey Post #23 of the American Legion.  Friends may call at the funeral home from 5:00 p.m. until 7:00 p.m. Monday, January 24, 2022 and one hour prior to the services on Tuesday at the funeral home.  Online condolences may be left at DWSwickFuneralHome.com. 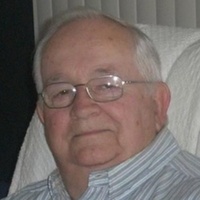