Jack Leroy Harness, 85, of Wheelersburg, a former Rosemount resident, passed away Saturday, January 22, 2022, at the SOMC Hospice Center, surrounded by his family. He was born on January 9th, during the Great Flood of 1937 in Lucasville to the late Rev. Joseph Franklyn and Viola Grace Craig Harness.

A 1954 graduate of Valley High School, Jack retired as Executive Vice President of Bank One. He started in the mailroom at the former Security Central and worked his way up in the banking industry, a job he truly enjoyed. Jack was a longtime member of All Saints’ Episcopal Church and had served as church treasurer for many years. Most of all, he loved being a dad, “Poppy” to his grandchildren and the 45-year husband of his wife, Nancy. Jack was a very involved family man and he coached his children’s sporting events and attended every one of his grandchildren’s school events he possibly could. He also enjoyed being outdoors and doing yardwork.

In addition to his parents, Jack was also preceded in death by two grandchildren, Hannah Katherine Smith and Michael Taylor; and his sister, Barbara Cooper.

A Memorial Service will be held at 11 A.M. Wednesday at All Saints’ Episcopal Church with Rev. Paul Bennett officiating and inurnment in the St. Thomas Columbarium at the church.

The family will receive friends at the church Tuesday from 5 to 7 P.M. and one hour prior to services at the church Wednesday. Arrangements are under the direction of the Ralph F. Scott Funeral Home Portsmouth.

Masks will be required at all times.

In lieu of flowers, memorial contributions may be made to All Saints’ Episcopal Church, 610-4th St., Portsmouth, OH 45662

The family extends sincere thanks to the staff of SOMC Hospice for the compassionate care displayed during Jack’s illness. 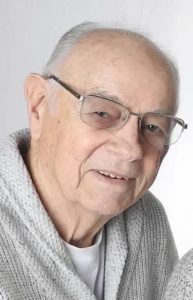