Along with his parents, George is proceeded in death by a grandson, James Brown, a brother Ralph Brown and 3 sisters; Lenora Moran, Bernice Tuemler and Stella Birchfield.

George owned and operated Brown’s Auto Crushing, Brown’s Auto Parts and Brown’s used cars. He was a United States Army veteran of the Korean War. He was a member of Old Town United Methodist Church and the James Dickey Post 23 American Legion.

Funeral services will be 1:00 PM Saturday, January 29, 2022 at the Roger W. Davis Funeral Home in West Portsmouth with Greg Carter officiating. Interment will be in Scioto Burial Park with military graveside rites by the James Dickey Post 23 American Legion. Friends may call at the funeral home on Friday January 28th, 2022 from 5 to 8:00 PM and one hour prior to the service on Saturday January 29th. The family’s favorite charities are SOMC Hospice and Old Town United Methodist Church Food Pantry. Condolences may be sent to the family at www.rogerwdavisfuneralhome.com. 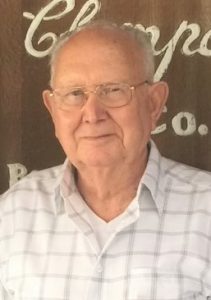