Jim retired after 28 years teaching in the Northwest Local School Disrict where he later coached girl’s basketball.  He also coached other sports at many other schools across the state.  He was a registered black angus cattle farmer and a member of the Scioto County Soil and Water Conservation Board.  Jim was very active in the community and would help anyone that needed him.  After retiring from coaching he stayed active and involved with sports in any way he could.

Funeral services will be at 1:00 pm Wednesday, January 26, 2022 at Botkin Hornback Funeral Home in Otway with Darren Lilly officiating.  Burial will follow in Lucasville Cemetery.  The family will receive friends from 4:00-7:00 pm Tuesday, January 25th at the funeral home.

In lieu of flowers donations may be made to Northwest Alumni Scholarship in honor of Jim Arnold, 800 Mohawk Dr. McDermott, Ohio 45652 or Heartland Hospice of Ohio. 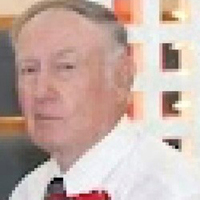