A 1965 Portsmouth High School graduate, Jim received a degree in Biology from Baker University and his Physician’s Assistant degree from Alderson Broaddus University in Philippi, WV. He served in the United States Air Force, spending time in Oklahoma, the Philippines, and Thailand.

James finished his career as a physician’s assistant working at the Hertzler Clinic in Halstead, KS and Galicia Heart Hospital in Wichita, KS. In his spare time, he was a private pilot and amateur radio operator. As a teenager in Portsmouth, he was known for his 1929 Model T Ford.

The family will receive friends Monday from 11 A.M. until the funeral hour. 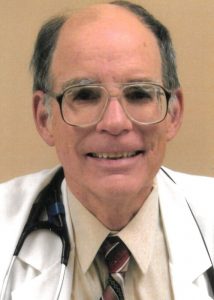