Tom retired after 38 years of service at the A-plant in Piketon, Ohio in 1992. He worked as a chemical operator and retired as a supervisor of the IHHP group.

He was a long time member of Pleasant Hill Community Church where he served in many offices.

He was a US Army veteran of the Korean War.

He loved the Lord and he loved his family.

The family would like to extend their thanks for the outstanding care given our father by Reliable Home Care and Adena Hospice.

Funeral services will be held at 2:00 pm, Thursday, January 13, 2022 at Botkin Hornback Funeral Home in Waverly with Pastor Jeff Rhoads officiating.  Burial will follow in Evergreen Union Cemetery on Bridge Street in Waverly.  The family will receive friends from 1:00 pm until the time of the service at the funeral home. 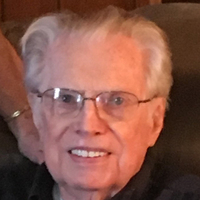