Ruth Marian Clauss, 96, of Waverly, Ohio passed away Thursday, January 6, 2022 at her home.  She was born August 12, 1925 in Midland Park, New Jersey to the late Henry and Marian Holmes Jeffer.  On November 20, 1943 she was united in marriage to George “Red” August Clauss who preceded her in death in 1997. Surviving are a daughter, Nancy L Malorgio and husband Joseph of Waverly; a son, George Joseph Clauss and wife Marie of Calabash, North Carolina; grandchildren, Robert Jr., Carrie Ann, Danielle, Michael and Matthew; great-grandchildren, Jordan, George and Anna; a son-in-law, Robert Brejack Sr.; and a daughter-in-law, Sig Cheiftiz Clauss.  In addition to her parents and husband she was preceded in death by two children, Patricia Ann Brejack and Bret Matthew Clauss.

Arrangements are under the direction of Botkin Hornback Funeral Home in Waverly. 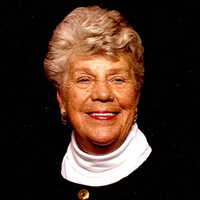