Rosemary Brown, 74, of McDermott, Ohio passed away Sunday, January 9, 2022 at Southern Ohio Medical Center in Portsmouth, Ohio.  She was born August 18, 1947 in Pike County, Kentucky to the late Charles and Dorothy Cable.  On February 28, 1964 she was united in marriage to Edgar Brown who preceded her in death on February 13, 1996.  Surviving are sons, William Brown of McDermott, James (Anna) Brown of Georgia, and Paul (Gina) Brown of McDermott; daughters, Mary Ann (Adam) Shelpman of Lucasville and Suzanne (Johnny) Spencer of Georgia; 14 grandchildren, 38 great-grandchildren, 10 great-great-grandchildren; and siblings, Ellen Norman of Indiana, William Cable of Georgia, Audrey Cable of McDermott, Robert Cable of Washington, Charlie Cable, Frank Cable, Mattie Culver, Johnny Cable and Madeline Stephens all of Georgia.  In addition to her parents and husband she was preceded in death by a son, Jerrold Brown; a granddaughter, Patricia Brown; a great-granddaughter, Gracelyn Spencer; and a sister, Mamie Johnson.

Funeral services will be held at 1:00 pm, Wednesday, January 12, 2022 at Botkin Hornback Funeral Home in Otway with Rev. George Vastine officiating.  Burial will follow in Cable Family Cemetery.  The family will receive friends from 11:00 am until the time of the service at the funeral home. 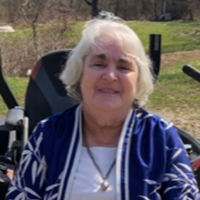