Janet Joan Miller, 79, of Wheelersburg passed away on Wednesday January 5, 2022 at her home.  She was born June 7, 1942 in Columbus, Ohio to the late William and Thelma Morris.  In addition to her parents she was preceded in death by her husband James Miller; son, Dennis Miller; sister, Phyllis Morris Bates and a brother, Harold Morris.

Family Wishes not to have services or flowers.  Instead they ask that you donate to D.W. SWICK FUNERAL HOME (WOLFE-NELSON CHAPEL) in Sciotoville. Online condolences may be left at www.DWSwickFuneralHome.com. 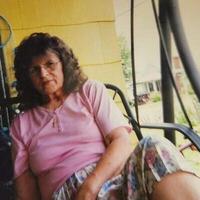