Frederick Pistole, 68 of Columbus, formerly of West Portsmouth, died Thursday December 30, 2021 at Mt Carmel Saint Ann Hospital in Columbus. He was born January 31, 1953 in Portsmouth, to the late Paul Frederick and Ruth Lee McGinn Pistole. Along with his parents Frederick was preceded in death by a sister Sandra Eastman.

Fred was a 1971 graduate of Portsmouth West High School and worked at Boone Coleman Construction.

As long as there is love and memory, there is no true loss.

Graveside services will be 1:00 PM Tuesday January 11, 2022 at Scioto Burial Park in McDermott. Friends may gather at the cemetery staring at 12:30. Arrangements are under the direction of the Roger W. Davis Funeral Home in West Portsmouth. Condolences may be sent to www.rogerwdavisfuneralhome.com. 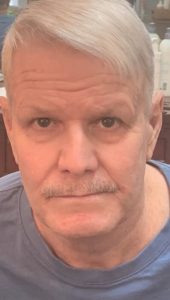