Trevona Holsinger, 75 of New Boston went home to be with the Lord Tuesday, December 28, 2021 at Holzer Medical Center in Gallipolis. Born January 29, 1946 in Portsmouth, a daughter of the late Lawrence and Ruby Campbell Blair, she was a homemaker and attended Pentecostal Victory Chapel.

Funeral services will be conducted at Noon, Wednesday, January 4, 2021 at  Erwin-Dodson-Allen Funeral Home in Minford with Rev. Ty Crabtree officiating. Burial will be at Stockdale Cemetery in Stockdale. Friends may call at the funeral home from 4:00 to 7:00 p.m. Tuesday and one hour prior to the service on Wednesday. Online condolences may be sent to www.edafh.com. 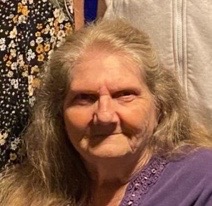