Russell Edward Hammonds, 78 of West Portsmouth, died Tuesday December 29, 2021 at SOMC Hospice. He was born May 25, 1943 in West Portsmouth, to the late Russell Lee and Elnora Kennedy Hammonds.

Along with his parents he is preceded in death by a son Mark Edward Hammonds, a daughter Carlisa Rae Hammonds, a brother, Roger Hammonds and his mother and father in law Thomas and Betty McGinnis.

Russell was a mechanic and owned and operated Hammonds Automotive in Portsmouth.

Funeral Services will be 1:00 PM Thursday January 6, 2022 at the Roger W. Davis Funeral Home in West Portsmouth with Danny Blevins officiating and interment in Sunset Memorial Gardens. Friends may call at the funeral home on Wednesday from 5 to 8:00 PM. The family has requested that everyone who attends to please wear a mask. Condolences may be sent to www.rogerwdavisfuneralhome.com 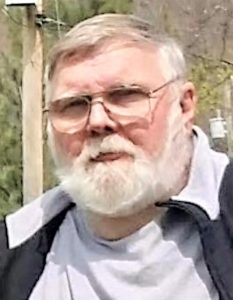