Shirley Lawson Seeling, age 85 of Fish & Game Road, Waverly passed from this life to her heavenly reward December 15, 2021 at The Ohio State University Wexner Medical Center. Her daughters and sister were by her side as she took her last breath. Shirley was united in marriage to John Seeling on January 22, 1955. He preceded her in death. Shirley was born in Idaho, Ohio on May 29, 1936 to Ralph Lawson, who preceded her in death, and Mildred Greathouse Lawson. A brother, Darwin, also passed away in infancy. A sister Deanna Conn (Fred) from Owensville, and a brother Eugene Lawson (Annalee) from Bainbridge, Ohio survive along with her nieces Chandra Lawson and Stephanie Conn.  She is survived by her mother, Mildred Lawson Graves from Chillicothe, daughters Robyn Davis (Casey) from Hilton, New York, Kimberly Dye (Robert) from Fenton, Missouri. Also surviving are her grandchildren: Lance Davis (Andrea), John Dye (Ashley), Lauren Davis, Mark Dye (Amy), and Nathan Dye. Shirley was the great grandmother of Gianna Davis and Alise Davis.

Shirley was born in Idaho, Ohio on May 29, 1936 to Ralph Lawson, who preceded her in death, and Mildred Greathouse. A brother, Darwin, also passed away in infancy.

Shirley’s strong faith in Christ was a source of strength for herself, and a witness to others. She was a prayer warrior who was constantly on her knees interceding on other’s behalf. She always put other’s needs before her own.  Her memory will never fade, and she will always be cherished in the hearts of those who knew her.

Funeral services will be held at 11:00 am Tuesday, December 21, 2021 at Botkin Hornback Funeral Home in Waverly with Pastor Terry Lawson officiating.  Burial will follow in Evergreen Union Cemetery on Bridge Street in Waverly.  The family will receive friends from 10:00 am until the time of the service at the funeral home. 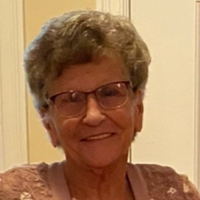