David Eugene Thompson, 77 of Lucasville passed away peacefully on December 16, 2021 after a year long battle with leukemia.

David was born on June 20, 1944 in Wheelersburg to the late Cleo and Thelma (Dot) Thompson.

He is survived by his wife of 57 years, Barbara (Leadingham) Thompson whom he married on June 20, 1964. He is also survived by his sons Michael (Kim) Thompson, Matthew (Lisa) Thompson, and Marcus (Mandy) Thompson. He has also been blessed with several grandchildren and great-grand children, Brooklyn (Jordan) Bell, Mikala (Britton) Johnson, Molly Thompson, Maribeth (Cameron) Gifford, Maxon Thompson, Weston and Waylon Johnson. David was proud of his family and cherished the time he spent with them.

David is survived by his sister, Joyce (Bob) Lowry of Savannah, Ga, and brothers John (Barb) Thompson of Minford and Roger (Heidi) Thompson of Marion. He was preceded in death by his brother Jim Thompson in Newark. He is also survived by many nieces and nephews along with a host of friends.

David was retired from Norfolk & Southern Railroad and was the former owner and operator of Southern Fence Company. He was ordained as a minister in 1980 at Candy Run United Baptist Church where he served as assistant pastor/pastor until his health declined in 2021. Throughout his several years of ministry within the United Baptist Church he was blessed to call his church members “family” and loved them all very much. We know without a shadow of a doubt when he entered the gates of heaven he was greeted with…”Welcome home thy good and faithful servant”.

Visitation Sunday, December 19th at Erwin Dodson Funeral Home in Minford from 4pm-7pm. Funeral services Monday, December 20th at Candy Run United Baptist Church beginning at 12 noon. Friends may call from 11am-12pm prior to the service. Services will be conducted with Elder Arvil Murray Jr, Elder John Daniels and Deacon Joe Stockham. Burial will be at Memorial Burial Park in Wheelersburg. Online condolences may be sent to www.edafh.com. 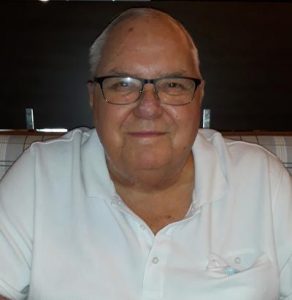