She was preceded in death by her son, James Cleavenger, her father, Kenneth Joseph Elrod, her mother Pearl Melba Reel (Laux), and her sister Cindy Lewis.

There were many simple pleasures in life that Kandie enjoyed. She was a born leader and enjoyed hanging out with her sister’s at “The Falls”. One of her greatest joys was spending time with her sons and grandchildren. She was very passionate in her love of animals and had many beloved family dogs over the years. Kandie was very talented at knitting and enjoyed making slippers and dresses for her kin. Some of her other hobbies included cooking, decorating for the holidays, collecting knik knacks and watching crime television shows.

Kandie and her humble spirit will be missed by her friends and family.

Please visit www.fcdaehlermortuary.com to leave special memories of Kandie and condolences for her family.” 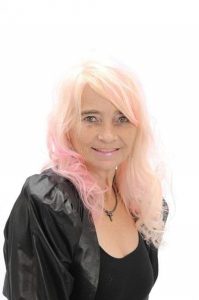