Along with his mother, he was preceded in death by his grandparents; Bill and Charlotte Lute, Carl and Joyce Smith and Walt and Gladys Brannan.

Chubs loved everybody, everyone who knew him was his friend. He was of the Baptist faith and attended the former McDermott Freewill Baptist Church.

Along with his father Glenn, he is survived by his brother James (Beth) Strickland, uncles Bob (Pam) Smith and Wes (Patti) Smith along with several nieces, nephews, great nieces and nephews and cousins.

Funeral services will be 1:00 PM Saturday November 27, 2021 at the Roger W. Davis Funeral Home in West Portsmouth with Scott Kohn officiating and internment in Scioto Burial Park. Friends may call at the funeral home on Saturday starting at 11:00 AM Condolences may be sent to www.rogerwdavisfuneralhome.com. 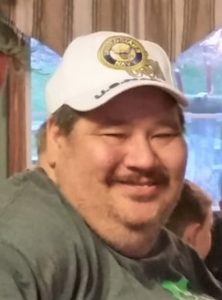