John retired as a lineman with General Telephone Company.  He was also a member of Sons of the American Legion, Waverly Moose Lodge, West Union Masonic Lodge # 43, Shriners and he loved to golf.

Funeral services will be held 1:00 p.m. on Tuesday, November 9, 2021 at Botkin Hornback Funeral Home in Waverly, Ohio.  Burial will follow in Evergreen Cemetery in Peebles, Ohio.  Family will receive friends on Monday from 5:00 p.m. until 7:00 p.m. at the funeral home with a masonic service by West Union Masonic Lodge # 43 at 7:00 p.m. 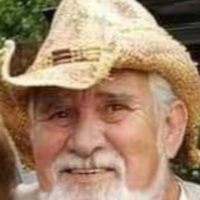