James Bryce Jacobs, Sr., a resident of Minford, Ohio went home to be with The Lord on Monday, October 25, 2021.

James, more commonly known as Jim or Jake, was born on May 29, 1943 in Portsmouth, Ohio. He was the beloved son of the late Bryce Isaiah Jacobs and Flossie Jean (Edwards) Jacobs. He was a 1961 graduate of Minford High School. Jim married Winnie L. Lewis of Stockdale, on July 14, 1964. His lifelong interest in flying and airplanes lead him to serving his country in the United States Air Force during the Vietnam War. After his discharge from the Air Force, Jim worked at the Portsmouth Steel Mill and later worked at National Mines as a welder. In the 1980’s he began working at Scioto County Community Action where he served for 27 years in various capacities. Jim particularly enjoyed delivering meals to the elderly. He was highly meticulous with any task, and a very dependable employee that took pride in his work and providing for his family.

Jim was a member of Sunshine Church of Christ where he attended faithfully. He also enjoyed meeting with friends and neighbors at the Minford VFW Legion. Jim recognized a lifelong dream during retirement of taking flying lessons. His enthusiasm for cars and trains was also an interest he shared with his family. 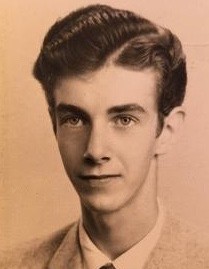