Beloved husband, father, grandfather, Danny Payne passed away at SOMC on Monday, October 18, 2021. Danny was born in 1947, the son of the late Leo and Francis Payne. Danny married Lena Redoutey Payne in 1972. Danny’s love story with Lena lives on through their children and their grandchildren. Danny is survived by son Chris Payne and daughter, Missy Payne, along with his other two great loves of his life, his two granddaughters, Aeryel (Caleb) King, and Danyel (Nathan) Hettinger, and fur babies, Little Girl and Athena.

Danny was a one of five children, his sister Phyllis Colley preceded him in death. Surviving are his sisters Kathy Sturgell, Tammie Thacker, and his brother Mitchell Payne. Danny was loved by many, and had several special cousins, nieces, and nephews.

Danny served in the Army after high school graduation, and then went to work at Southern Ohio Correctional Facility in 1973. Danny retired a Captain from the Ross Correctional Institution. Danny served two terms on the Northwest Local School District Board of Education, where he helped to pass the levy that built the existing schools that are used today. Danny, along with his wife, spent many years raising money for programs within the Northwest Local School District. Danny will be remembered fondly by many who also called him Coach, and Friend. Danny always considered the many kids he coached and helped, “his kids”.

Danny bravely fought against diabetes, heart, and kidney disease. Danny looked at each day of life as one more that God granted him. Danny always appreciated the many nurses and medical staff that helped him, and the family would like to thank them as well. Danny’s final farewell was in saying, “until we meet again”.

A Celebration of Life Service will be on November 14, 2021 at the Northwest High School Cafeteria from 2 to 4:00 PM. The family is working on a one-year scholarship for a graduating senior(s) at Northwest to honor Danny. In lieu of flowers we ask that you make donations to the scholarship fund that is being set up in the name of Danny Payne Scholarship fund at Atomic Credit Union. If you have questions you can contact Laiken Richardson at the Portsmouth Branch on Scioto Trail at 740-351-0470. Arrangements are under the direction of the Roger W. Davis Funeral Home in West Portsmouth. Condolences may be sent to www.rogerwdavisfuneralhome.com. 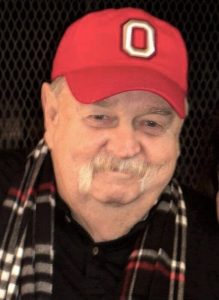