Craig Ross Boyd, 63, of Portsmouth, passed after an extended illness, at his home on Monday, November 1, 2021.

Craig was a former pressman in Columbus, and was a veteran of the United States Air Force.  He was a huge fan of the Cincinnati Reds, followed every game, and greatly enjoyed spending time with his dog, Yogi.

Craig was preceded in death by his mother, Virginia Kaye Boyd, and his step-mother, Julia Patricia (Irwin) Boyd.

Funeral services will be 4:00 PM, Friday, November 5, 2021 at Melcher Hammer Funeral Home in Portsmouth with Pastor John Gowdy officiating.  Burial will follow at Greenlawn Cemetery.  Friends may call from 3:00 PM – 4:00 PM on Friday prior to the service. 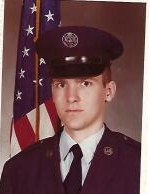