Acie Junior Workman, 90, of Portsmouth, passed away Thursday, November 4, 2021, at his home. Born June 5, 1931 in Youngs, Scioto Co., OH, he was a son of the late Alfred Acie and Celia Edith Hayslip Workman.

Acie was a member of Shawnee Hills Baptist Church and a member of the former Phoenix Writers. A gifted poet, he had written over 8000 poems, many of which were published in local newspapers. A 1950 Otway High School graduate and Cincinnati Reds baseball fan, he had attended Shawnee State University. Acie retired as staff manager after 40 years with American General Insurance and he was a Korean War era Air Force veteran.

Surviving is his wife of 42 years, Janet Ruth Rigley Workman. The couple was married in West Portsmouth on December 9, 1978.

Also surviving are two former stepsons, Charlie (Susan) Flannagan and Mike (Vicky) Flannagan, all of Grove City; nieces and nephews, Charlotte Hunter, Kathy Mayes, Sandy Hackworth, Pam Wheeler, and Melinda, Rhonda, Mike and Ronnie Hackworth and many more on Janet’s side of the family; and their families.

In addition to his parents, he was also preceded in death by three siblings, Carl Hayslip, Laura Agnes Feazell and Betty Jane Hackworth.

The flag of the U.S Air Force will fly at the funeral home in honor of Mr. Workman’s service to our country. 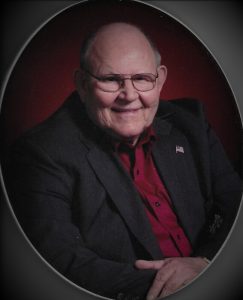