Jerry L. Hall Sr., 81 of West Portsmouth passed away Tuesday October 26, 2021 at his home surrounded by his family. He was born December 26, 1939 in Scioto County to the late Lloyd and Samantha Howell Hall.

Along with his parents Jerry was preceded in death by his wife Adeline “Sis” Hall and a brother William Hall.

Funeral services will be 1:00 PM Tuesday November 2, 2021 at the Roger W. Davis Funeral Home in West Portsmouth with Gary Newman officiating and interment in Scioto Burial Park. Friends may call at the funeral home on Tuesday starting at 11:00 AM. Condolences may be sent to www.rogerwdavisfuneralhome. 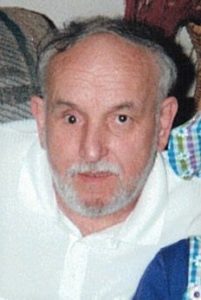