Robert (Bob) Phillips, age 73, of New Boston, Ohio born March 23, 1948 – two years after his beloved Cleveland Browns were established – passed away peacefully Tuesday October 12, 2021 surrounded by his adored wife and his “5 boys” as he affectionately and proudly called them.

A graduate of Notre Dame H. S. in 1966, he worked as a union member for Detroit Steel in New Boston, Ohio for 13 years, then worked for Lone Star Steel in Texas. Moving back to New Boston he was perhaps the most well-known hardware man in the business, managing East End Building Supply, working at True Value, and retiring a Hardware Pro for Lowe’s where he was known as “Bob The Builder” by the kids who participated in the DIY Kids Workshop.

Bob was an avid reader and collector of History and nonfiction books and magazines; and he loved movies, particularly older films and westerns, none more so than John Wayne films. He was a lifelong sports fan rooting for the Cincinnati Reds, as well as Notre Dame and Ohio State football, but there wasn’t a more die-hard Browns fan. He was rooting them on until his last Sunday.

Memorial services will be 3:00 PM Saturday October 23, 2021 at D. W. Swick Funeral Home (Wolfe – Nelson Chapel) in Sciotoville, Ohio. Visitation will be one hour prior to service. Online condolences may be sent to DWSwickFuneralHome.com. 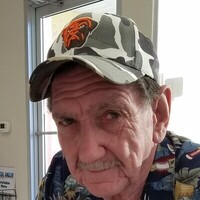