Skip to content
FacebookEmail
| logout
Richard E. Noel, 94, of Portsmouth passed away Tuesday, October 12, 2021, at SOMC Hospice. He was born in Portsmouth on October 14, 1926, to the late Forest and Lillie (Locher) Noel. Richard was a graduate of Minford High School and after that served four years in the U.S. Navy, during World War II. Richard retired from Detroit Steel after over 30 years of service and served as president of the local SOAR (SteelWorkers Organization of Active Retirees). He was very active in the Scioto County Democrat Party where he served on many committees and in different positions. He served the city of Portsmouth as sixth ward councilman for four years.
Richard is survived by his wife, whom he married in 1948 Freda (Elliot) Noel; two children, Dale Noel and wife Donna of Portsmouth and Cheryl Lyon and husband Robert of Portsmouth; six grandchildren and twelve great grandchildren. He was also preceded in death by a son, Terry Noel.
Private graveside services were held Thursday, October 14,
2021, at Memorial Burial Park with military honors provided by the James Dickey Post 23, American Legion. In lieu of flowers, the family request donations be made to James Dickey Post 23, American Legion or the DAV.  Online condolences may be left at www.DWSwickFuneralHome.com 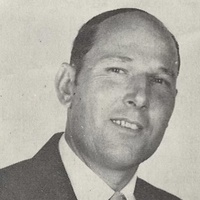