She was a 1973 graduate of Portsmouth High School, where she remained very close with her girlfriends from school, meeting at least once a month for dinner. Her favorite hobby was spending time with her two grandchildren that meant the world to her. Paula was retired from SOMC where she had been a Physical Therapist Assistant and later a receptionist.

In addition to her parents, she was preceded in death by her husband, Ron Parker, whom died in 2013, and a sister, Sandra Kemp.

Paula is survived by her daughter, Angela Enberg (John) of Wheelersburg, two grandchildren, Braden and Samuel, a brother, Joe Kemp of Portsmouth, a brother-in-law, Todd Parker of New Boston, and her best friend of over 50 years, Terri Will (Eddie Clark) of South Bloomfield.

A visitation for friends and family will be on Thursday at the funeral home, from 5:00 P.M. until 7:00 P.M.

In lieu of flowers, donations can be made in memory of Paula to SOMC Hospice. 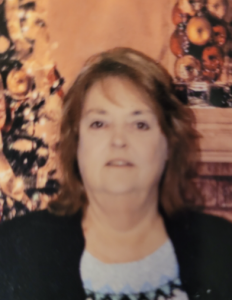