Lorene Sartin Kuhn, 91 of West Portsmouth, died Friday October 22, 2021 at Rosemount Pavilion. She was born December 10, 1929 in Scioto County to the late Earl and Emily Sartin.

Lorene was a member of Careys Run Church of Christ.

Funeral services will be 1:00 PM Wednesday October 27, 2021 at the Roger W. Davis Funeral Home in West Portsmouth with James Osborne officiating and interment in McKendree Cemetery. Friends may call at the funeral home on Wednesday starting at 12:00 PM Noon. Condolences may be sent to www.rogerwdavisfuneralhome.com. 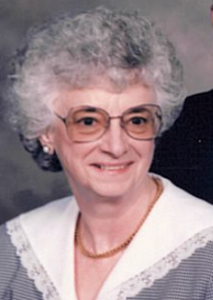