James J. Schwamberger, 85, of Portsmouth, died Monday, October 18, 2021 at the Huntington V.A. Medical Center. He was born April 16, 1936, in Portsmouth, to the late Francis and Frances (Farren) Schwamberger.

Jim was a veteran of the United States Air Force and was a self-employed Craftsman, having done beautiful work inside the Scioto County Courthouse, The Scioto Ribber, St. Mary’s and Holy Redeemer Catholic Churches, both local Monasteries, the former Stone Pipe. His works even took him to Macy’s in New York City and he even built a round bar for a lighthouse in Venezuela.

In addition to his parents, he was preceded in death by his wife, Diann (Lang) Schwamberger, two sisters, Helen Haag and Mary Chandler, and a brother, David “Mick” Schwamberger.

He is survived by his children; James V. Schwamberger (Debra K) of Portsmouth, Timothy M. Schwamberger (Peggy) of Lucasville, Rachel A. Yarnell (Glen) of Portsmouth, Rebecca M. Richardson, of Wheelersburg, Anita J. Loar (John) of Wheelersburg, and Frances Kessinger (Bryan) of Stout, 12 grandchildren, and eight great-grandchildren, with one on the way.

He is also survived by his brothers; Bernard “Bun”, Bill, Bob, and Ed Schwamberger, a sister, Annette Evans, and several nieces and nephews, and cousins.

A Mass of Christian Burial will be 1:00 P.M. Friday, October 22, 2021 at St. Mary’s Catholic Church in Portsmouth with Rev. Patrick Watikha officiating. Burial will follow at Greenlawn Cemetery in Portsmouth, where graveside military rites will be provided by the American Legion, James Dickey Post #23.

A visitation for friends and family will be on Friday from 11:00 A.M. until 1:00 P.M. at Melcher Hammer Funeral Home in Portsmouth. 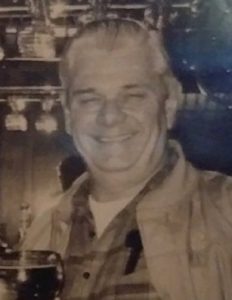