Jackie Lee Adkins, 55, of West Portsmouth passed away suddenly on Tuesday October 12, 2021 at his residence. He was born April 20, 1966 in Niles, Michigan, a son of the late Ivory and Leona (Lyons) Adkins.
Jackie was a 1984 graduate of Vanguard High School, was a member of Bible Chapel Church in McDermott, loved fishing, hunting and was a member of the former Scioto River Catfish Club.
Jackie is survived by his wife, Gwendolyn (Pertuset) Adkins; two sons, Elijah Adkins and Tyler Adkins both of West Portsmouth; daughters, Jackie Adkins and Abbie Adkins both of West Portsmouth: brothers, Tim (Lorna) Adkins and Chris (Rebecca) Adkins all of Ocala, Florida; sister in-law, Lisa Walker of West Portsmouth and many other family and friends. Services will be 11:00 AM Monday October 18, 2021 at D.W. SWICK FUNERAL HOME in New Boston with Pastor Chuck Wiltshire officiating. Interment will follow at Scioto Burial Park. Visitation will be Sunday October 17, 2021 from 6 to 8 PM and one hour prior to services on Monday at the funeral home.
In lieu of flowers donations may be sent to the funeral home. Online condolences may be sent to DWSwickFuneralHome.com. 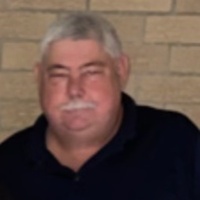