Jack Roland Geichman, 87, of Wilmington, passed away Thursday, October 21, 2021, at Clinton Memorial Hospital in Wilmington. He was born March 23, 1934, in Middletown, NY, the son of the late Max and Ceil Schiff Geichman.

Jack retired from Mound Laboratories in Miamisburg, where he worked as a chemical engineer and project manager in Decommission and Decontamination. His career took him all over the country as he did private consulting in the field after retirement. Jack earned a Bachelor of Science degree in chemistry from Syracuse University.

Because his sharp mind and natural curiosity drove him to learn as much as he could throughout his life, Jack was a fascinating man. Though quiet and reserved, he could talk to anybody about anything, teaching and learning along the way. He was a Christian with a deep and abiding faith.

Jack was also preceded in death by his daughter, Erica Beth Geichman Clemmer and his sister, Rhoda Senall.

There will be no public services. Arrangements are under the direction of the Ralph F. Scott Funeral Home in Portsmouth. 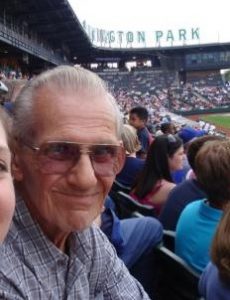