Mark Alan VanDyke, 50, of Waverly, Ohio passed away Tuesday, October 5, 2021.  He was born November 29, 1970 in Portsmouth, Ohio to the late Lonnie Stewart VanDyke and Dora Lee Stevens.  Surviving are daughters, Bryanna Leigh VanDyke of Ocala, Florida and Alexandra Lee VanDyke of Portsmouth; grandchildren, Samuel Ayers, Audrey Ayers, Gabriel Britt and Justin Davenport, Jr.; a brother, Phillip VanDyke of Beaver, Ohio; a sister, Rhonda Wells of Waverly; his step-father, Larry Joe Smith of Jasper, Ohio; and numerous nieces and nephews.  In addition to his parents he was preceded in death by a son, Bryston Reed and a brother, Lonnie Scott VanDyke.

Mark was member of Rock City Church in Columbus.  He loved to mushroom and ginseng hunt as well as search for arrowheads.  He was loved by his family and friends and will be greatly missed.

Funeral services will be held at 7 p.m. Wednesday, October 13, 2021 at Botkin Hornback Funeral Home in Waverly.  The family will receive friends from 5 p.m. until the time of the service at the funeral home.

In lieu of flowers memorial donations may be made to the funeral home to help the family with funeral expenses. 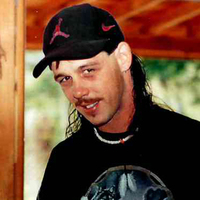