Roy was born August 25, 1942 in Pike County, Ohio, son of Helen L. Estep Barnett and the late Roy W. Barnett. He was retired from Pepsi Cola Bottling Company where he was Area Manager with 38 years of service. Roy was past master of Lucasville Masonic Lodge #465 and member of El Hasa Shrine Club.

Gail was born April 16, 1943 in Scioto County, daughter of the late Ervin and Goldie Ratliff Fife. She was a 1962 Portsmouth High School graduate, a Nurse’s Aide and Unit Clerk at SOMC with 30 years of service.

They were married 59 years and attended Lucasville Center Street Church.

Funeral services will be conducted at 2:00 p.m. Wednesday, October 6, 2021 at Erwin-Dodson-Allen Funeral Home in Minford with Pastor Phil Howard officiating with interment at Scioto Burial Park in McDermott. Friends may call at the funeral home from 11:00 a.m. to 2:00 p.m. Wednesday prior to the service. A masonic service will be conducted prior to the service by Lucasville Masonic Lodge No. 465. Online condolences may be sent to www.edafh.com. 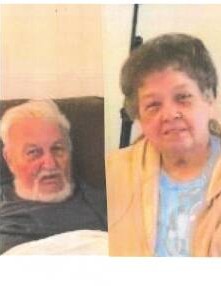