Graveside services for Ronnie will be 11:00 am, Thursday, October 7, 2021 at Memorial Burial Park. Harrison-Pyles Funeral Home in Wheelersburg has been entrusted with the arrangements. Condolences to the family may be made at www.harrison-pyles.com. 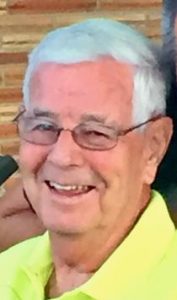