Raymond Douglas Leach, 75 of Rubyville passed away Wednesday, September 29, 2021 at SOMC. He was born November 8, 1945 in Portsmouth, a son of the late James and Wilma Stewart Leach. He was a 1964 Clay High School graduate and was retired from Laborer’s Local #83.

He is survived by several nieces and nephews, and his two dogs, Mama and Baby. In addition to his parents, he was preceded in death by five brothers, Gene Leach, Ronald Leach, Larry B. “Babs” Leach, Clyde Leach, Arnold “Shorty” Leach, and two sisters, Edith Sullivan and Norma Wyrick. 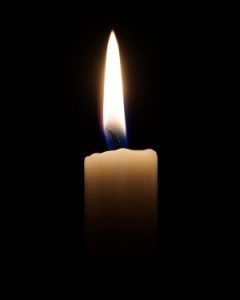