Helen Lucille Green, 86 of Lucasville passed away Wednesday, September 29, 2021 at her residence. She was born December 23, 1934 in Scioto County, a daughter of the late Mallalieu Castor and Bertha Mae Walker Morris and was a homemaker.

In addition to her parents, she was preceded in death by one granddaughter, Megan Erin Green; three brothers, Clyde Morris, Clarence Morris, Chester Morris, and three sisters, Edna Mae, Hazel and Louise.

Funeral services will be conducted at 11:00 a.m. Tuesday, October 5, 2021 at Erwin-Dodson-Allen Funeral Home in Minford. Burial will be at Mound Cemetery. Friends may call at the funeral home from 6:00 to 8:00 p.m. Monday and one hour prior to the service on Tuesday. Online condolences may be sent to www.edafh.com. 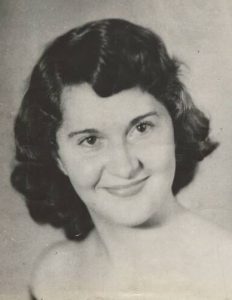