Harry “Lee” Pratt, 60, of Portsmouth, passed away Wednesday, September 29, 2021, at his home. He was born February 19, 1961 in Portsmouth, a son of the late Charles Armour and Wanda Darlene Wilburn Pratt.

Lee retired from the Laborer’s Local #83. Affectionately known as “The Mayor of the East End”, he was a true character and was loved by all. Anyone who knew him knew he had a huge heart and that Lee cherished his children, family and friends above all. Lee also loved sports and the Buckeyes. He trained many people to box and was a talented boxer himself, having won Portsmouth’s first “Tough Man” Contest.

In addition to his parents, Lee was also preceded in death by a son, Hobert Nelson.

Funeral services will be held at 3 P.M. Saturday at the Ralph F. Scott Funeral Home in Portsmouth with Dr. Greg Hudson officiating.

The family will receive friends at the funeral home from 1 till 3 P.M. Saturday.

In lieu of flowers, memorial contributions may be made to the St. Jude Children’s Research Hospital at stjude.org. 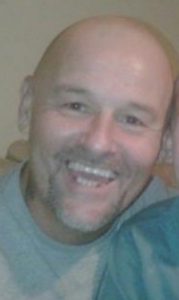