Donald Wayne Lute, 79 of Lucasville, died Tuesday September 28, 2021 at Southern Ohio Medical Center. He was born July 28, 1942 in Rarden to the late Roger and Imogene Mustard Lute. Along with his parents he is preceded in death by a brother Jerry Lute, a niece Heather Moore, and a son in law Eddie Hicks.

He was a retired from Lute Supply after 42 years, was a United States Air Force veteran of the Vietnam War, was a member of the James Dickey Post 23 American Legion, and was the owner and operator of Quality Self Storage in West Portsmouth since 1991.

Funeral services will be 1:00 PM Monday October 4, 2021 at the Roger W. Davis Funeral Home in West Portsmouth with Mark Seevers officiating. Interment will be in Ladd Cemetery in Lucasville with graveside military rites by the James Dickey Post 23 American Legion. Friends may call at the funeral home on Monday starting at 11:00 AM.

In lieu of flowers, the family requests that donations be made to MT Olive Community Church in care of Diane Cannon, 252 Songbird Lane, Waverly Ohio 45690.

Condolences may be sent to www.rogerwdavisfuneralhome.com 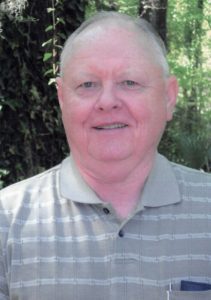