Nina Jo Dorst, 52 of Portsmout peacefully passed away October 1, 2021 at Four Winds Community in Jackson, Ohio.  She was born in Cleveland, Ohio on April 12, 1969 to the late Charles Dowdy and Nina Steel. She was a 1987 graduate of Scioto County Joint Vocational School

She  was preceded by her parents; two brothers David Evans and Wayne Evans and many aunts and uncles.

No funeral or memorial service is immediately planned. The family will notify loved ones in the future if/when a service is schedule. 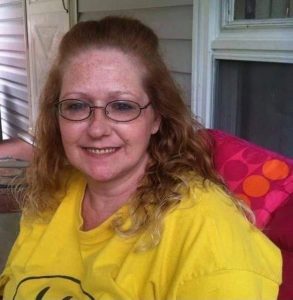