Walter Dewey Dunham, 88, of Piketon, Ohio passed away Sunday, September 26, 2021 at Edgewood Manor in Lucasville, Ohio. He was born October 23, 1932 in Piketon to the late Dewey and Ruby (Lightle) Dunham. In addition to his parents he was preceded in death by a brother, Donald Dunham; a sister, Martha Fields and a grandson, Larry Jack Bethel.

A memorial service will be scheduled at a later date. 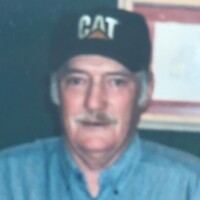