Skip to content
FacebookEmail
| logout
McKittrick, Suprenia J., known by friends as Prenie, was 62 years old and passed away on Thursday, September 17th, 2021 at OSU Hospital.
Prenie was born on April 25th, 1959 in the state of Washington. Her dad, Frank Potter, who was in the military at the time, was married to her mother Hazel Maxine (Montgomery) Potter. Both preceded her in death. She had four siblings, F.H. Potter, (Carolyn Gordon), Vera (Carlos) Isaac, Lonnie Potter and two that preceded her, Charles “Chuck” Potter and Iva Wireman. Her Stepson, Christopher Lee McKittrick also preceded her in death.

Prenie graduated from Greenup County High School where she made life long friends. She retired from Harris Teeter in South Carolina after a successful career as a Deli/Bakery Manager. She took a lot of pride in her work and stayed until her health no longer allowed.

Prenie was happily married to her partner in life, her caregiver when she was sick, her dependent when she was well, the man she loved to argue with (wouldn’t have it any other way), Wayne E. McKittrick. Their love and friendship lasted 42 years after being married in 1979.

She is survived by her husband Wayne, three of her siblings, many friends and extended family and two grandchildren, Jordan (McKittrick) Jones, Erik Jones, and Abby McKittrick. These girls were her world and she made that known. Nothing brought her more joy than being called their grandma. Sh was extremely selfless and even on a bad day she found happiness in doing for others. She had room in her heart for soo many, Kara (Michael) Keeney, and another granddaughter Alaina Keeney held a special place. She touched soo many lives with her generosity and passion for life.

Suprenia McKittrick was a rare and beautiful soul who loved to have fun and never really complained, but focused on the joys in life. She was inspiring and greatly loved.

There will be a celebration of life for friends and family to gather on Sunday, October 3rd, from 1:00-5:00 PM, at Celebrations on the River located at 6956 Front Street Sciotoville, OH 45662.

Please visit www.fcdaehlermortuary.com to leave a special memory of Prenie or condolences for her family. 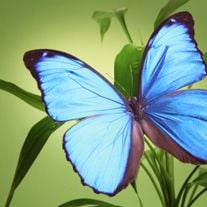