Jeremy Walter Henry, 43, of Piketon, Ohio passed away early Tuesday morning, September 21, 2021 at Southern Ohio Medical Center in Portsmouth, Ohio.  He was born April 26, 1978 to the late Roger L. Henry and Brenda Gullett Henry of Piketon.  On October 5, 2002 he was united in marriage to Jami Dawn Blankenship Henry from Ironton, Ohio.  Jeremy and Jami reside in Piketon with their three sons: Bo Michael, Nolan Robert and Max Walter.

Jeremy was employed with Flour BWXT as Application Support Engineer.  He was an active member of his church, Waverly Baptist Temple.  He gave his life to our Lord and Savior on November 16, 2003.

Jeremy was active in his community and involved in youth sports.  He enjoyed coaching his sons and helping to develop the youth in our community.  His presence will truly be missed.  A memorial service will be scheduled at a later date.

He may be gone but will never be forgotten. 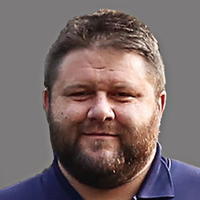