Along with her parents she is preceded in death by her husband Tommie Wise whom she married June 10, 2017, and her brother Kenneth Ludwig.

Rose was a retired bookkeeping accountant and was also previously employed at John Estep Reality, Century 21, Apple Security, and Campbell’s Heating and Air. She also volunteered at Wilson Elementary PTO. She loved talking to people and never met a stranger.

She is survived by her two children; Jody (Jerry) Twaddle, Garry Williams Jr., her grandchildren; Josh (Kathy) Twaddle, Jensyn Reeves, her great-grandchildren; Brooke, Haidyn, Hudson, Ethan, and her sister and Niece; Joanne Jess and Ann Jess of Baltimore Maryland. Her life and memory will forever be cherished by her family. She will be greatly missed by her friends and family.

A graveside service will be held at 11:00 AM Friday September 24, 2021 at McKendree Cemetery in Stout with Joe Madden officiating. Arrangements are under the direction of the Roger W. Davis Funeral Home in West Portsmouth. Condolences may be sent to www.rogerwdavisfuneralhome.com 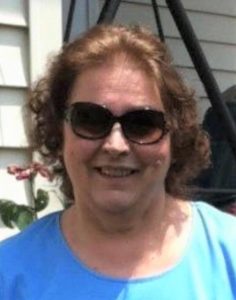